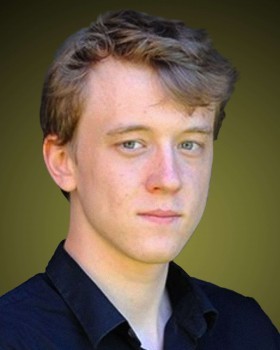 Joseph Havlat studied at the Royal Academy of Music in London for 6 years (2012-18) with Professor Joanna MacGregor, where he received his bachelor and masters of music with distinction, including awards for exceptional merit in studentship and the highest recital mark for a postgraduate pianist.

During his time at the Royal Academy of Music, Joseph performed concertos by György Ligeti, Olivier Messiaen and Igor Stravinsky and collaborated with a range of composers, including Michael Finnissy, Sir Harrison Birtwistle, Gerald Barry and Thomas Larcher.

While in the United Kingdom, Joseph was accepted as part of the 2019-20 St John's Smith Square Young Artists' Scheme; was first in the solo keyboard section of the 2019 Royal Over-Seas League Annual Music Competition; and received the 2019 Oxford Lieder Young Artist Award with Australian mezzo-soprano Lotte Betts-Dean.

Born in Hobart, Joseph has performed as a soloist and as part of chamber groups in major concert venues around the United Kingdom, Europe, America, Japan and Australia.