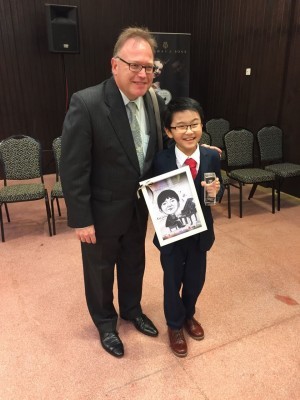 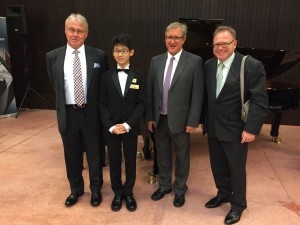 I was invited to adjudicate the Semi-final and Grand-Final of the 3rd Steinway Malaysia Youth Piano Competition 2016, held at Penang Philharmonic Orchestra hall, in Georgetown on the island of Penang, on Saturday June 11 & Sunday June 12.

I adjudicated together with two musicians from England: Bernard Newman (who was in Malaysia, examining for the Associated Board of the Royal Schools of Music) and with Jeffrey Williams (who was in Malaysia, examining for Trinity College).  We heard 11 semi-finalists from various regions of Malaysia (they had been pre-selected from around 80 applicants), then from those 11 we selected six grand-finalists, then from those six we selected one winner for each of three age-groups: 8-10, 11-14 and 15-17.

The standard was very high, technically and expressively - we three adjudicators were impressed that Malaysia has such fine young pianists.  The pianists had each to play three contrasting works, including a movement from a Sonata from the Classic era.  The event was very well administered by the organising sponsors - Steinway agents in Malaysia, Bentley Music - who have shops in Kuala Lumpur and Penang.  There was a good number in the audience on both days and the audiences responded enthusiastically to the performances.