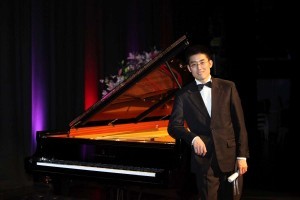 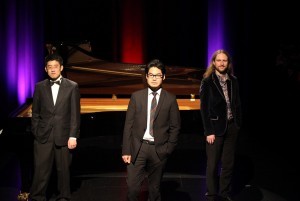 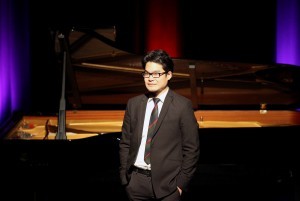 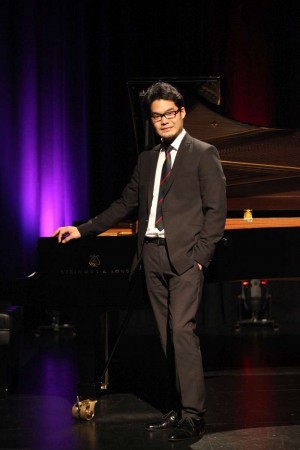 Considered the most unique and prestigious event of its kind in Australia for under 30 year old classical pianists, the Australian National Piano Award 2016 has a winner.  24 year old Tony Lee from Sydney won this national piano competition, performing to a full house in the Eastbank Auditorium in Shepparton, Victoria on Saturday night.

Tony Lee took out the first prize of $25,000 plus other cash prizes and he said, “It’s been quite a musical journey and the experience has been positive and fruitful. Winning this Award helps me to remain focussed on being true to myself and my music.  Best of wishes and my thanks to the fellow pianists for the wonderful gift, that is making Music.”

Other prize getters are listed below however it should be mentioned that Josh Hooke from Wonthagi, Victoria won the most popular – Audience prize which is $5,000.00.

Adjudicators Rolfe Plagge, Clem Leske and Diana Weekes were united in their decision of placegetters.  “We've had the pleasure of listening to some spectacular performances this year, of world class standard. What a platform ANPA provides for the burgeoning young talent of this country! Many congratulations to all involved in this wonderful award”, said Clem Leske.

Eleven pianists came to Shepparton and the sensational music performed on the concert grand Steinway was impressive all week.  So much so, that the three jurors - remarked that all contestants should be proud of their presentations throughout the week.  It had to come down to determining the ultimate winner on Saturday evening and the allocation of prizes is as follows:

The winner will be awarded also a bursary of $5,000 for further music career development – The Daphne and Ross Turnbull Bursary

$10,000 - The Gaye and John Gaylard Prize.    The winner will be awarded also a bursary of $3,000 for further music career development – The Daphne and Ross Turnbull Bursary

$5,000 - The Beleura, John Tallis Prize.    The winner will be awarded also a bursary of $2,000 for further music career development – The Daphne and Ross Turnbull Bursary

NOTE all other finalists selected to play, who were not awarded first, second or third prize and who performed in all their required recital sessions, will receive $500 courtesy of GV Hearing Clinic

For the best performance of the music of Bach won by Peter de Jager - The Shepparton News Prize - $1,000

Peter de Jager won the best performance of the music of Haydn or Mozart or Beethoven the Leona and Bruce Sterling Prize - $1,000

Michael Li won for the best performance of the music of Chopin the Pam Wells Prize $1,000

Tony Lee wonthe best performance of music from the Romantic era (excluding Chopin) or for the first half of the 20th century The Horton Family Prize - $1,000

Oliver Shewon the Andreadis Family Australian Composition Prize - $5,000 - For the best performance of music written in or after 1951. The winner will receive $5,000 to commission a work by an Australian composer, with the intention that the work be performed by the recipient.

ABC Classic FM recorded the grand-final recitals and highlights and aired nationally on Sunday September 11.  Winning this internationally recognised Award boosts careers and reputations locally and overseas.  Six recitals were performed each day (afternoons and evenings), in a magnificent concert hall and to a paying audience, over the days Monday September 5 to Saturday September 10.

The Award is funded by the City of Greater Shepparton and other valued sponsors.  It is also supported by philanthropic organisations, private donors, business and the community at large - 2016 marks the 13th biennial presentation of the Australian National Piano Award, held in Victoria’s regional and culturally diverse town of Shepparton.  The contestants stayed with local host families for the week.

All pianists performed tworecitals, then five pianists were selected for the semi-final, demonstrating their understanding and range of skills; technical mastery, style, emotional and intellectual interpretations of the following musical styles: From Baroque music up to and including J.S. Bach, Classic music after J.S. Bach, including the music of Beethoven or Schubert, French Impressionistic music and all music of the 20th Century up to 1950 to Contemporary music composed after 1950.  Plus, entrants had to include one Australian work in their first or second recital.   A limited edition CD recording of highlights will be produced in the near future.

President, Darryl Coote said, “Once again, the ANPA audience has been treated to a 'listening feast’!  We heard stunning performances of not only the great classics, but modern masterpieces such as Stravinsky’s Petrouchka and Firebird suites, Carl Vine’s Sonata 1, Bagatelles and Tocatissimo, Scriabin's Sonatas and Fantasy, Michael Smetanin’s Stroke, Anne Boyd’s Karbarli Meditation, Georges Cziffra’s arrangement of Rimsky Korsakov’s Flight of the Bumblebee and Stephen Hough’s charming, yet virtuosic, arrangement of Richard Rodgers’ My Favourite Things - the breadth of repertoire and the expertise with which it was played, were amazing.  Right through all four recital stages, from first note to last, we were treated to brilliantly compelling and breath-taking interpretations, transporting us into other worlds - an exciting spiritual renewal!

PAST WINNERS (holding the ‘winner’ title for two years)

For more details, the pianists repertoire, what happened throughout the week and photos please visit www.australianpianoaward.com.au and facebook/australiannationalpianoaward.com.