Max tells us about the repertoire selection the musicians must include in their armory for the week. It's challenging and that's the point - it demonstrates their musicality and genius as rising pianists in Australia. 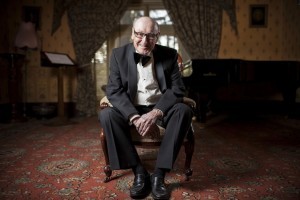 Max Cooke,OAM, Artistic Director for the Award tells us about the selected works and repertoire the pianists have to play during the week. "Contestants must be prepared to perform four 45 minute recitals during the week of the Award and must select works from the following repertoire groupings:

"Unlike some other competitions, no contestant can win this event with a lucky presentation of just one brilliant item. Here the entrants must be formidable performers, able to support and professionally present the extensive technical and artistic range of piano music, from Johann Sebastian Bach to Carl Vine".

"I'm so enjoying the rectials this week and it will be interesting who the judges select to play in the Semi-Finals tomorrow - it's a tough call".