ABC TV NEWS: Producer Cathy Jacobs - Meets two finalists from this year's Australian National Piano Award and is impressed with what she found 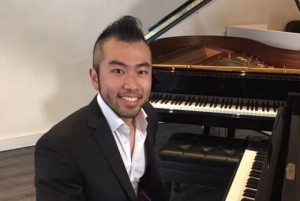 PHOTO: Mr Chiang said he was excited but daunted at the level of competition. (ABC News) 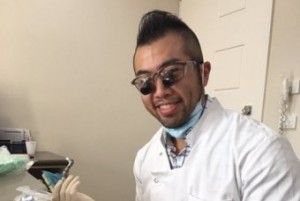 A dentist has been selected among the 12 finalists in this year's prestigious Australian National Piano Award (ANPA).

When most of his competitors were studying full time at conservatoriums, Timothy Chiang was tinkling ivories of a different kind.

The 28-year-old from Doncaster East works four days a week at two Melbourne dental surgeries, and saves one day a week for piano practise.

He is the oldest competitor this year, after a CD of his material was chosen by a panel of adjudicators in what was effectively a blind audition.

The award is the musical equivalent of an Olympic marathon.

Contestants must perform four 45-minute recitals in front of live audiences, demonstrating an extensive and demanding technical and artistic repertoire.

The competition takes place across the week in Shepparton, as the Victorian town embraces the country's very best pianists for the biennial event.

Prize money of $65,000 is up for grabs. The grand final will be broadcast on ABC Classic FM Radio.

ANPA president Darryl Coote said the aim was to propel the careers of Australian pianists on the world stage.

Chiang said he was daunted by the level of competition, but excited about the opportunity.

He grew up in a musical household, where his mother Nancy began teaching him at the age of five.

At the age of 12, he won a musical and academic scholarship to Scotch College and continues to study under Mikhail Solovei.

Chiang also plays the violin and regularly plays in a contemporary gospel band.

He chose not to pursue formal tertiary music studies, opting to become a dentist instead.

"Every person has their unique personality with something different to add," he said.

"For me it is about being very true to what you believe in expressing the music and being very genuine."

His mother said she was very hopeful that Chiang would be successful saying "he has prepared very well".