Oliver She, 27 years old from Brisbane, has won in the 2018 Australian National Piano Award. At the Grand Final on Saturday night, Oliver took out the first prize of $27,000 (plus another prize of the Best performance from the Romantic era). Building upon his third place at the 2016 Australian National Piano Award, he was delighted to triumph amongst such an elite group of pianists. 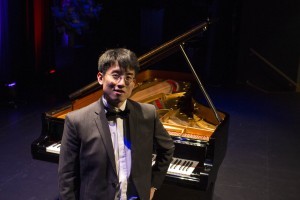 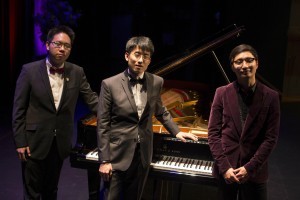 Fourteen of Australia’s best classical pianists under the age of 30 descended upon Shepparton Victoria – all performing for a week in the 2018 Australian National Piano Award.  Throughout the week the musicians performed in front of three internationally renowned judges and audiences in this regional town.

Professor Gerard Willems AM from the Sydney Conservatorium of Music announced the winner and said, “The world stops, when magic moments are created on the piano. Our criteria was that the repertoire had to sound fresh, a lot of emotions shed, with love, passion, curiosity and mystery being expressed– the piano had to ‘sing’ and we heard a lot of that all week by all fourteen musicians.”

Other prize-getters are listed below however it should be mentioned that James Guan also won the most popular People’s Choice prize valued at $5,000.

Adjudicators Lance Coburn, Joanna MacGregor and Gerard Willems were united in their decision of place-getters.  Lance Coburn from the Irish Academy of Music added, “We were looking for a true communicator who transported us to the depths of our souls”.

Fourteen pianists came to Shepparton and the sensational music performed on the concert grand Steinway was more than impressive all week.  So much so, that the three jurors - remarked that all contestants should be proud of their presentations.  It had to come down to determining the ultimate winner on Saturday evening and the allocation of prizes is as follows:

NOTE: All other finalists selected to play, who were not awarded first, second or third prize and who performed in all their required recital sessions, will receive $500 courtesy of GV Hearing Clinic.

Winning this internationally recognised Award boosts careers and reputations locally and overseas.  Seven recitals were performed each day (afternoons and evenings), in a magnificent concert hall and to a paying audience, over the days Monday September 3 to Saturday September 8.

All pianists performed two recitals, then five pianists were selected for the semi-final, demonstrating their understanding and range of skills; technical mastery, style, emotional and intellectual interpretations of: Baroque music up to and including J.S. Bach, Classic music after J.S. Bach, including the music of Beethoven or Schubert, French Impressionistic music and all music of the 20th Century up to 1950 to Contemporary music composed after 1950.  Plus, entrants included one Australian work in their first or second recital.

The Award is funded by the City of Greater Shepparton and other valued sponsors.  It is also supported by philanthropic organisations, private donors, business and the community at large - 2018 marks the 14th biennial presentation of the Australian National Piano Award, held in Victoria’s regional and culturally diverse town of Shepparton.  The contestants stayed with local host families for the week.

A limited edition CD recording of highlights will be produced in the near future.

Past Winners (holding the ‘winner’ title for two years)

Radio 3MBS Music Melbourne recorded the grand-final recitals and highlights will go to air in September, 2018.