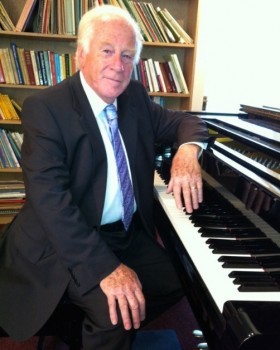 An award-winning pianist from a young age, Stephen Savage trained at the Royal College of Music in London and worked with Bruno Seidlhofer in Vienna.

His broad repertoire includes works written for him by Roger Smalley and Justin Connolly; as well as featuring in the Tippett's Sonatas where he gave performances in Australia, Canada and Japan.

During his appointment to the piano staff at the Royal College of Music, he presented and conducted new music with the Twentieth Century Ensemble.

At the Queensland Conservatorium he was head of the piano department and appeared frequently as soloist with most of the country's leading orchestras and collaborated with a number of celebrated conductors.

At the Australian National Academy of Music he instituted and taught the original piano program and he is currently a senior tutor in piano at the Royal Northern College of Music in Manchester.