Daniel de Borah from Victoria is the winner of the Australian National Piano Award for 2012. 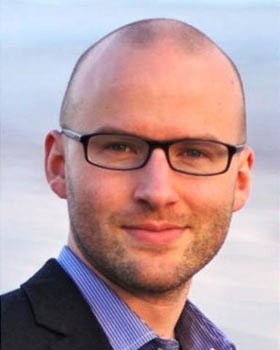 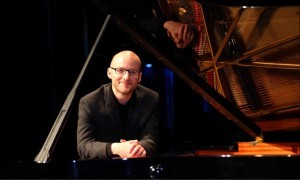 Since Monday September 10, breathtaking and inspirational recitals have been performed day and night; live on stage, by 11 of the nation’s best, young classical pianists during the Australian National Piano Award in Shepparton.

Last night culminated in three world class musicians competing in the grand finals - Michael Ierace from Adelaide, Nicholas Young from Sydney and Daniel de Borah from Melbourne.  They performed to a packed house filled with VIP’S, patrons, politicians and music lovers of all ages in order to win the 11th presentation of the Australian National Piano Award.

Three international adjudicators watched all 30 performances during the week in order to determine the winner; they were Ian Munro, Matthew Kam and Betty Vergara-Pink.   Chair Juror, Ian Munro said, “The level of maturity and the enjoyment we had watching all  musicians throughout this week has been inspiring and at such a high standard; it was a difficult task sorting out the merits of  very different and fascinating musical personalities yet there can only be one winner tonight and that is, Daniel de Borah”.

31 year old Daniel de Borah accepted the Award, plus was first place getter in other prize components that make up this competition.  He said, “I am thrilled to win Australia’s preeminent piano competition – the prize winner list reads like a who’s who of my musical friends and colleagues and I’m really happy to have my name added to the list.”

The prizes and recipients are as follows:

The NEW Lorna Speechley Memorial Prize for the People’s Choice prize for $5,000 which was determined by the audience.  This was awarded to Ben Austin from Queensland

In addition to the above, the Award offers 4 x special prizes ($1,000 each to any of the pianists competing):

For the best performance of the music of Bach: The Shepparton News prize $1,000 to Daniel de Borah

For the best performance of the music of Haydn or Mozart or Beethoven: The Leona & Bruce Sterling Prize $1,000 to Nicholas Young

For the best performance of the music of Chopin: The Pam Wells Prize $1,000 to Daniel de Borah

For the best performance of music written in or after 1951: The Ruth & Richard Horton Prize $1,000 to Nicholas Young Winners may be offered more recital performances, substantial travel bursaries and other engagements (after the completion of the Award).

All other applicants selected to play, who were not awarded first, second or third prizes and who performed in their entire required recital sessions receive by courtesy of Mark Renehan: $500

All week these talented musicians have been telling their stories, showcasing their best interpretations of the classics to contemporary.  ABC Classic FM broadcast the grand finals live on Saturday 15 September from 8pm until the last note was played – sharing the brilliant music, the exciting atmosphere which marks the close of Australia’s richest piano competition that only comes around every two years.

For more information on our finalists and this unique and prestigious piano competition, please visit:  www.australianpianoaward.com.au